Aloha pumehana. Warm affection to you. And greetings from both of us.
Hoaloha nui ‘akahi, a laila Male’‘ana pa’a. First we were best friends, then we were joined in Marriage. This is Kaneali’i. 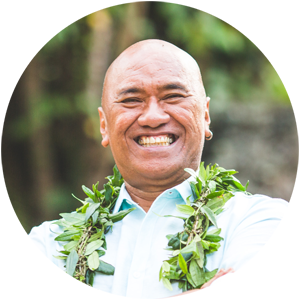 “I’m Honolulu-born, the youngest of fifteen. I was family, church, music, sports and work. Then I moved to Maui in the 70s: I wanted my own life. Performing with Martin Pahinui’s group, Hawaiian Expression, it was disco Maui-style. And dancing with Ohana Review, it was fun Polynesian-style.

In 1983, Barry Flanagan and I met. From that first night in Kahana at a birthday party, we knew: a perfect musical synthesis. HAPA was formed, and the rest is musical history. Our first album garnered us six Hokus in 1994. We never looked back.”

“After a season of music and dancing, and shared and similar backgrounds, I knew. Put it this way: ‘I would give my life for her.’  We were married in January of 2016, and I see a future greater than anything I’ve ever had.” 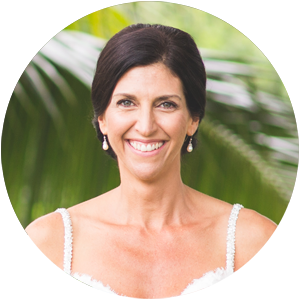 “Being from Illinois, I never thought I would ever visit Hawaii. But I did. My best friend’s family is Hawaiian. I visited, and could feel the ocean and the sun. Fresh and free! My education was finished, but my heart was calling me to Kaua’i. I want to live here. Could I start a design business in custom wedding gowns and Hawaiian dress wear? I did, and along the way I discovered hula.

By his grace, Robbie and Pua Kaholokula met me. They agreed to mentor and teach me. A great blessing! Coppin and Caridyn Colburn invited me to dance solo in their luau show. They were ohana. And all the while I kept running into Keli’i (my hanai uncle, Kale Aluli, had introduced us to each other).

We never overstepped our boundaries, but after nine years something greater than all the stars above Kaua’i happened: we were married: Ho’okahi – to become one!

“If I was offered the seven continents, its seas and all its treasure, and no Keli’i, I’d say ‘Keep it.’ My happiness is unlimited, overflowing – abounding!”

Together, we bring you beauty, music, affection and love. The unforgettable and the memorable await you.